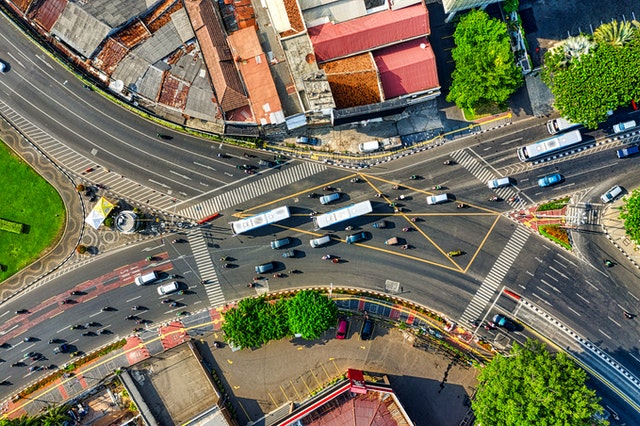 From the 1st of June, local authorities will be able to enforce moving traffic offence fines, including entering yellow junction boxes and driving through no entry, no left/right signs.

Research from the RAC has shown that existing junction boxes exhibit design flaws that may see drivers facing unjust fines if left unchanged.

The markings, which are used at junctions to prevent gridlock, have been found to trap drivers through no fault of their own. Some have also been poorly maintained so that drivers will have difficulty seeing where the markings start and finish.

Head of RAC roads policy, Nicholas Lyes, said: “junctions have been installed in completely the wrong places, boxes are larger than they should be and ones where buildings or street furniture obstruct drivers from seeing where boxes end, making it impossible to assess whether there is enough space beyond the junction for their vehicle to fit into.”

Surprisingly, there are no current legal requirements for authorities to meet standardised design criteria, which will prove problematic when the new enforcement law comes into practice.

On the back of their findings, the RAC has appealed to the Government to improve its guidance on yellow box rules. They have called for changes to clarify the specific purpose of box junctions and to issue standard design regulations, maintenance guidance, and enforcement directives.

Sam Wright, the chartered engineer for Transport for London, said: “The key design principle is that yellow boxes should be no bigger than is necessary to prevent vehicles obstructing through movements. They are not designed for, and serve no purpose in, situations where vehicles are travelling in the same direction.

“The second main condition is that drivers should have adequate visibility beyond the box to be able to make a clear judgement before entering it. It’s not just that drivers need to see the end of the box, they need to see that there is space beyond the box for their vehicle to fit without any part of it overhanging. In the case of a car that will be five to six metres. For larger vehicles, it will be up to 15 metres.

“I think designers should have to take a car out in a rush hour to see if they can negotiate the box without stopping, before insisting that others do the same.”

Despite the potential pitfalls, the research showed that 57% of drivers are generally in favour of yellow box junction enforcement. However, these changes could result in confusion and poor outcomes for drivers, as well as a high number of appeals.

Read the latest posts on the Anglo Liners blog, for more up-to-date road safety news. Or, click here for a free quote.