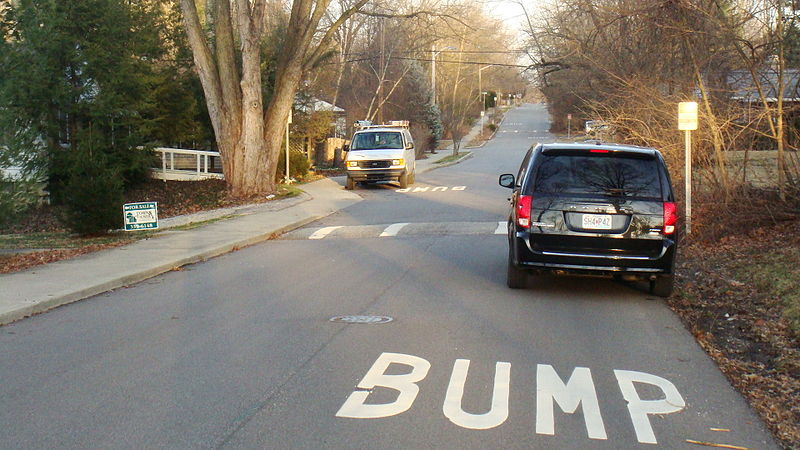 Since the government’s new air quality plans have been released, road safety campaigners stress new changes will have a dangerous effect on road safety for pedestrians and everyday road users.

After a long wait, the government have now finalised their pollution prevention plans in a bid to improve the condition of air quality in the UK. However, some road safety campaigners worry planned changes could potentially leave drivers and pedestrians at high risk with regards to road accidents and injuries.

Road humps are useful traffic calming measures that force drivers to reduce speed and, consequently, reduce the chance of road traffic accidents. In fact, speed bumps play a huge part in controlling traffic and reducing speed in areas where road users are most vulnerable, i.e. protecting young children who cross roads to and from school. However, there has been much speculation surrounding speed humps with regards to their effect on air quality; the action of slowing down a vehicle to speed back up again emits more toxic, air polluting fumes than smooth, long distance driving.

Road humps were initially set to be replaced with road cushions, but now the government has decided to remove them completely from UK roads and will provide funding to local councils to implement this change. Road safety campaigners are arguing that, although air pollution is an important issue, removing speed bumps will pose a dangerous threat to the standard of road safety in the UK, especially for children.

“Of course we all worry about the air our children breathe – but we also worry about reckless drivers going far too fast.”

Road safety campaigners do not dismiss the importance of taking action to solve air pollution problems across the UK. Nevertheless, they want to stress the impact removing traffic calming measures will have on safety for road users. They argue that if this measure continues to go ahead, speed cameras or other road warnings should come into effect to ensure motorists drive safely.

Dr Adrian Davis, who is the Professor of Health and Transport at the University of the West of England, agrees that removing speed bumps will be an extremely dangerous move. Mr Davis said: “The fact is, numerous studies had shown that unless drivers are forced to slow down by physical obstacles like road humps they will continue to drive too fast in residential areas.

“Scrapping humps without replacing them with some other form of physical measures would be both ridiculous and dangerous.”