Potholes rise after Beast from the East 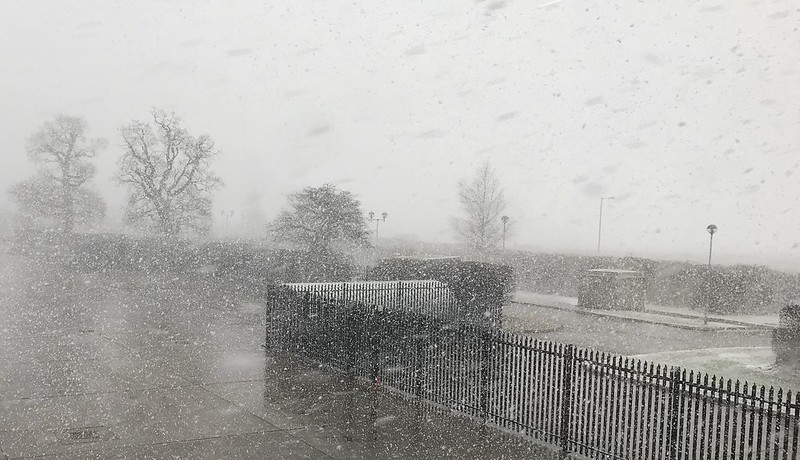 Pothole-related breakdowns have risen after the Beast from the East arrived back in March, and are set to increase in the next quarter according to the RAC. The motoring company has blamed the bad weather conditions for the rapid increase in potholes and deteriorating road conditions.

The RAC found that vehicle breakdowns with issues caused directly by potholes and poor road conditions have massively increased. They found that vehicle repairs, including those for damaged shock absorbers, contorted wheels and broken suspension springs had risen to 2.3% during the first quarter of 2018, compared with merely 1.3% of vehicle damages in the final quarter of 2017. This percentage of vehicle faults was found to be the third-highest since tracking begun back in 2006.

Chief engineer, David Bizley, said: “While RAC patrols saw the third-highest quarterly share of pothole-related breakdowns in the first three months of 2018 the figure was not as high as we had been expecting, probably due the fact that the weather hit relatively late in the quarter. For this reason, we feel we are likely to see more vehicles suffering pothole damage in the second quarter of 2018 compared with recent years.

“The start of the year normally sees the highest number of breakdowns attributable to poor quality road surfaces, but more telling will be how much this drops in the second quarter. Ever since we started analysing these faults, this second quarter figure has dropped sharply as local authorities catch up with repairs to address the worst damage to their roads caused by winter weather.

It’s not just the RAC discussing the weather’s impact on UK road surfaces, Councillor Martin Tett, the Local Government Association’s transport spokesman, said: “When exceptional weather occurs, the impact on local roads can be significant, and it’s essential this is measured and that funds are provided for serious repairs, so that traffic can move freely through our communities and local economies and businesses aren’t impacted.”

The Beast from the East may well have disappeared, but the effect the harsh and snowy weather conditions has had on UK roads still remains. Potholes are a constant problem faced by road users, road agencies like Anglo Liners, and breakdown companies including the RAC.

Remember, as a motorist, you can submit pothole locations to your local council to make them aware of the potholes in need of repair in your area. Similarly, you can get in touch with us here at Anglo Liners for any pothole repair queries. Alternatively, enquire with us for a free quote, today.

Check the Anglo Liners blog each week to ensure you stay up to date with the latest road marking and road safety news.