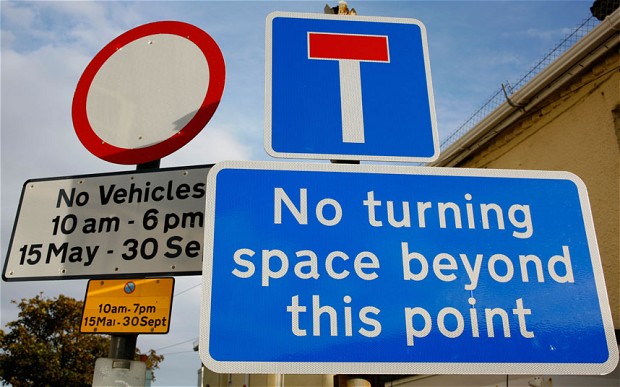 The Department for Transport (DfT) has announced new plans to allow local councils the freedom to cut down the number of road markings and signs in the UK.

The changes are included in a new consultation which also contains proposals for clearer road markings and new low-level signals for cyclists which will help improve safety on the roads.

The proposals will reduce the number of signs that the DfT will need to authorise and streamline the approval process for councils, cutting regulation.

Roads Minister Robert Goodwill said: The number of signs have soared from two million in 1993 to over 4.6 million today. This is causing unnecessary clutter in our towns and cities.

The proposed changes will mean greater flexibility for councils to cut the number of signs, whilst ensuring consistency and making sure our roads are even safer for cyclists and motorists.

The changes will mean road users will have signs that are easier to understand and could cut clutter on the roads. The proposals will also look to relax regulations for parking bays and yellow-box junctions to give local councils greater flexibility in designing road layouts and markings.

The DfT also plans to introduce a range of measures to help local authorities make roads safer for cyclists and encourage more people to take to two wheels. These include:

The DfT has worked closely with local councils, traffic authorities, sign makers and consultants to revise the Traffic Signs Regulations and General Directions (TSRGD), which offers clear guidance to local councils on road signs and makings.

As part of the consultation, the DfT is also holding nine events across Great Britain to explain the improvements and proposed changes to over 700 practitioners.