Half of road markings in England need replacing 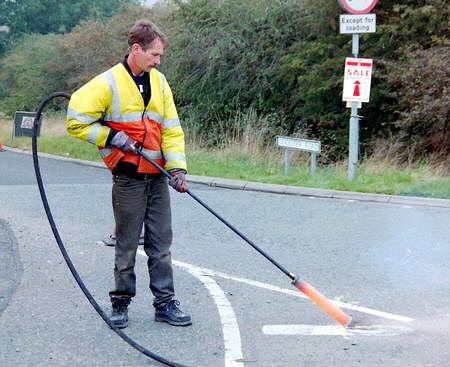 Half of all road markings on England’s highways are so worn that they need replacing immediately or need to be scheduled for replacement, according to a survey of nearly 4,000km of the country’s roads.

LifeLines England, a report based on the survey carried out by the Road Safety Markings Association, and published on the 13th March, found that 52% of markings on motorways, 42% on dual carriageways, and 48% on single carriageways all need replacing immediately or need to be scheduled for replacement now. The survey, the most comprehensive published of its kind, also shows that just 16% of markings on England’s motorways and 13% on single carriageways make the ‘excellent’ grade.

The report’s findings were met with dismay by national director of the RSMA, George Lee. He said: “Despite continuing to give assurances of their commitment to road safety, those responsible for the upkeep of our roads continue to neglect the most cost-effective safety device available to road engineers, the white line.

“It is shameful that half of the markings on roads in England are so worn out that they need to be replaced. These markings have already been paid for because we, as taxpayers, are paying to have the roads maintained properly, including the markings, and this is just not happening. The robust evidence in our survey and in this report proves this to be the case.”

The RSMA is hopeful that the findings reported in LifeLines England will help the Highways Agency, local authorities and main contractors, identify where adequate resources are being spent on road markings and where inadequate attention is being paid to road markings. The Association is willing to make all the detailed data from its survey available to whichever highways authority requests it in order to improve the safety standard of the roads under their control.

The humble white line can save lives and it is therefore important that they are maintained to a sufficient standard that they do their job properly. If a line is so worn that it cannot be seen, it may as well not be there, adds Lee.

A spokesman for the Department for Transport said: “Our roads are among the safest in the world. Our motorways and key routes are the responsibility of the Highways Agency, who monitor the status of network and take prompt action to remedy road markings that need improvement. In the majority of cases the maintenance of road markings is carried out as part of planned work.

The local road network is the responsibility of local highway authorities, and it is for those authorities to ensure that their roads are fit for purpose. The government is providing over £3.4 billion in this Parliament and over £5.8 billion in the next for local highways maintenance.”

The section of road surveyed in England which scored the lowest rating with 94% of markings in need of replacing or in need of being scheduled for replacement was a section of the M3 between Bagshot and Camberley. The section of road surveyed which scored the highest rating with zero per cent of markings in need of replacing and 99% in the ‘excellent’ grade was on A34 from the junction of the A44 (Kidlington) and the M40 (Bicester).