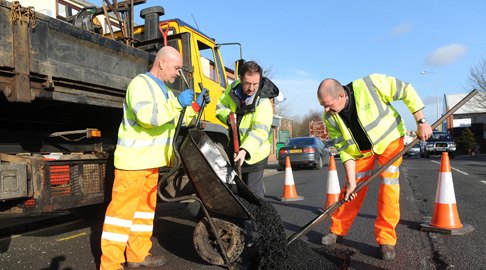 The Civil Engineering Contractors Association (CECA) has called on the Government to address the growing highways maintenance backlog.

CECA wants the Government to promote prudential borrowing for local authorities to address their highways maintenance backlog through a one-off national programme of intensive improvements to local roads, significantly reducing the long-term cost of maintaining the network.

The report, Securing Our Economy: The Case For Infrastructure, outlines the following key findings:

The average cost of the UK having infrastructure which fell short of typical developed economy standards was 78 billion annually between 2000 and 2010.

UK GDP could have been 5% higher, on average, each year between 2000 and 2010 if our infrastructure had matched that of other leading global economies.

If we bring UK infrastructure up to the standard of other developed economies, this could contribute £100 billion to the economy annually by 2026.

For every 1,000 jobs that are directly created in infrastructure construction, employment as a whole rises by 3,050 jobs.

Daniel Solomon, Cebr economist and author of the report, said: The UK has paid a high price for having infrastructure which has fallen short of our competitors.

This research has shown that improving UK infrastructure quality could help us to catch up with some of the world’s most competitive countries, giving UK businesses the connectivity they need to add real value to the economy.

If UK infrastructure were raised to the quality standard achieved by our international competitors, we estimate that this could add roughly £100 billion to annual GDP by the mid-2020s.

CECA director of external affairs Alasdair Reisner added: It is not acceptable to pass our infrastructure deficit on to the next generation.

We must act now to address this problem, ensuring that construction activity aimed at improving our transport and utility networks never again falls below the 0.8% of GDP threshold at which serious detrimental impacts are felt by the economy.